Best punters in the world

While the age old saying suggests that "the bookies always win", there are real punters who are making significant annual profits from horse racing who would challenge that thinking. Punters all around the world today are running lucrative enterprises which focus on beating the bookies and some of the best amongst them are Australian. We've taken a look at two of the best in the business and we provide some insights into the secrets to their success. 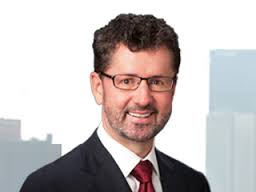 American born Bill Benter is touted as one of the most successful punters in the world. He started his interest in gambling as a card counter on the Vegas strip but soon learned that it was hard to fly underneath the radar with the evermore vigilant security personnel looking to stamp out the banned practice. He met Australian Alan Woods on the strip, who was also making money counting cards, and together they decided to put their heads together to tackle horse racing.

Benter and Woods chose Hong Kong racing because of the benefits it offers punters compared to other popular racing jurisdictions around the globe. Hong Kong racing made it easier to develop consistent form analysis algorithms. Two races a week greatly limits the horse population and therefore the effort required to assess runners, only two tracks' to study and learn and a strong racing integrity unit with significant penalties for race fixing. All these meant a better chance of getting their mathematical algorithms to finish in the money more of the time. Hong Kong also provides greater advantages from a return perspective too. With superstition and emotion playing a significant part in the minds of Asian punters, they correctly predicted that there was greater value to be found in Hong Kong races. Together, the benefits of greater return for lower risk made the move to the Asian city an easy decision to make.

His betting algorithm had correctly detected the change in track conditions

Benter and Woods developed a system which scored variables in a race. The results of each race over time, which Benter continues to analyse, determined how much weighting they had to apply to each variable under different race conditions. After ongoing analysis, they perfected the approach so that they understood the exact weightings to apply to variables under certain racing conditions. The results from this analysis allowed them to price the market and then drive a range of bets, including exotics and straight win bets, which took advantage of the healthy margins.

One story has it that Benter and Woods' algorithm was so well tuned that it detected changes to Sha Tin racecourse that had not been publicised. The alert was created when their algorithm started producing unexpected results. They approached a Hong Kong racing official with the query only to be assured that nothing had changed. A few weeks later the Hong Kong Jockey Club announced that a change had been made to the rail position at one of the turns on the track. Clearly someone in the HKJC had forgotten to report it earlier. Benter observed that the rail hadn't moved between the time he approached the HKJC and when they made the announcement, confirming that his betting algorithm had correctly detected the change in track conditions.

When Benter started out with Alan Woods their betting system initially only considered 16 variables. Today it is reported to cover over 130.

Although it is difficult to say for sure what Bill Benter makes from his profession, analysts have estimated it to be between $8-$10 million USD per annum. His life time profit on turnover is reported as 24% which is a number that even the most optimistic punter could only dream of. 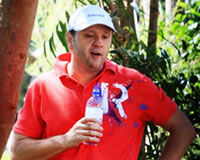 There is a lot less written about Australia's biggest and most successful punter, Zeljko Ranogajec. He rarely gives interviews and doesn't disclose too much about his practices to people within his circles. Born in Hobart and later moving to Sydney, it is reported that he employs over 300 people including spotters, administrators, bettors and analysts without any of them being aware of the overarching betting framework towards which they contribute.

It is understood that Ranogajec uses a very sophisticated betting system where he seeks out small margin opportunities in races, betting significant volumes to capitalise on them. Part of his approach is based on form analysis while the other is utilising the totalizator formula to provide him with a pricing advantage. It is reported that he successfully emulated the totalizator formulae, perfected through hours of simulation, and then developed algorithms that drive value from it.

Zeljko's profit from punting is reported to make up about 8% of TabCorp's entire $10 billion annual revenue. Part of that income relates to the significant rebates that he negotiates on the basis of the massive turnover that he contributes to TabCorp's tote pools every day.