The pick of the races this weekend is the Group 2 Missile Stakes at Royal Randwick. The track was rated a heavy 8 on Friday morning. Don't expect that to change much as Randwick tends to dry slowly in the winter.

Expect a strong tempo in this race with several natural leaders likely to create the speed early on.

Most of the early money has come for front runner Jungle Edge now in to $5.50 from $7 openers. Only a trickle of early cash to be found for Tycoon Tara in to $4.80 from $5.

Showed his class and versatility last preparation beating the likes of Chautauqua and winning on dry and wet tracks. He started last preparation with a bang by winning two in-a-row. Looked good in his two lead-up trials. Hard to beat.

Led all the way to win the G1 Tatt's Tiara. A few smarter one's here but she won this race last year beating Rebel Dane and then went on to beat Le Romain at Randwick over 1200m. Contender.

Thursday's rain will certainly be helping this bloke. He gets better by lengths the wetter it gets which probably explains the early market moves on Thursday as Sydney copped a drenching. Will be hard to mow down.

Very consistent this preparation with his only failure first-up when he was wide and tired in the home straight. Another one who will appreciate it the wetter it gets. Watch.

Resumes after a solid preparation where she won three in-a-row. Meets a tougher lot here but expect her to be competitive.

Expect Memes to run a cheeky race. She has been super consistent this preparation and should especially like any give in the ground. 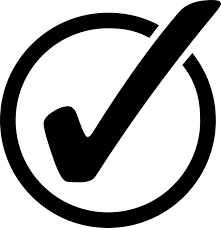 1st Jungle Edge - like his chances more now after Thursday's rain. Expecting him to give a resilient show in front..

Start your punters club at PuntersClubHero.com. Do all your set-up on the one site, invite your mates, create wagering accounts and automate everything.